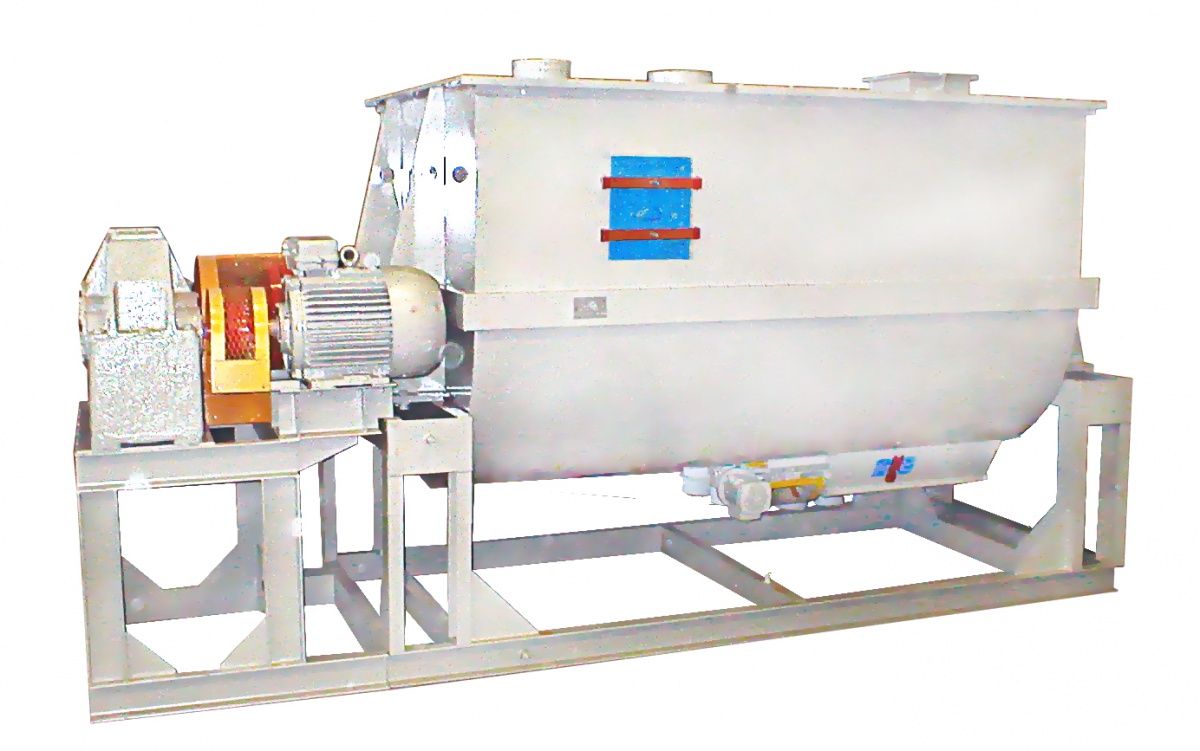 Body dismountable construction allows rotor disassembling. Rotor-2 is represented by shaft with 4 spiral paddles: 2 internal and 2 external with opposite winding. Rotor shaft is supported by bearings installed on outboard supports of mixer housing. Drive-3 provides specified rotor speed from the electric motor through reduction unit. Frame-4 is represented by welded construction for mixer installation to foundations. Gate valve of mixer unloading-5. Compound feed mixture unloading is carried out through windows in the body bottom part, which are blocked by the gate valve during mixing process. Gate valve is represented by sheet, bent along the radius of mixer body. Gate valve is operated by electric or pneumatic drive. Gate valve opening may be regulated by limit switches. Unloading screw-6 is designed for compound feed mixture remove from under the mixer and transportation along the mixer to 1-1,5m distance for supply to the following mechanism (bucket elevator, conveyor).